Word of the Week: Relearning 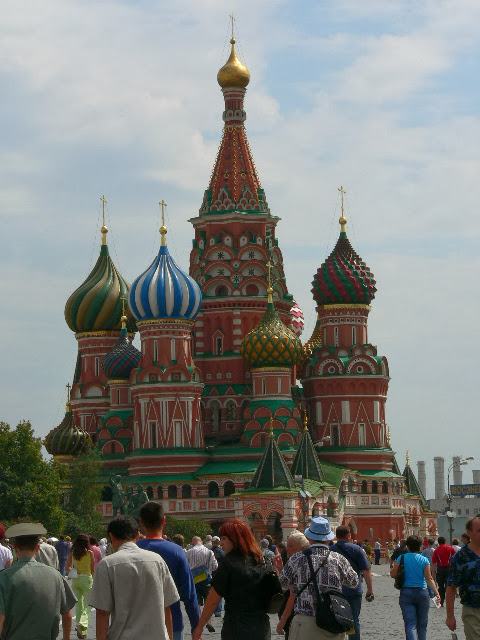 It was a bright cold day in April,
and the clocks were striking thirteen.
~George Orwell, 1984

Looking around the international airport in Moscow, Russia, I watched a clock strike 13.

Instantly transporting me to my childhood and reminding me of my father’s military days, he would often use military time to tell me and my little brothers when something needed to be done.

“Police your area by 0800 hours!”, he would command. In English that meant our rooms needed to be cleaned before 8 am.

When I saw that it was 13 o’clock I had to think for a minute or so until it came to me. It’s 1 o’clock in the afternoon.

Dread mixed with fear filled my stomach. Fighting back tears acknowledging that not only did I need to learn a new language but I also needed to learn how to tell time.

Everything I thought I knew would need to be relearned.

Gone were the days of grocery shopping with a list and coupons in Southern California. Needing a list remained but coupons were replaced by a Russian/English dictionary.

Something as simple as asking for 2 lbs of ground beef transformed to asking for a kilo of farsh. Numbers, weights, measures, time, words, sights, sounds, facial expressions…everything overwhelmed and yet excited me.

An adventure that began as words God whispered to my husband, evolved into a dream, and were brought to reality when the plane landed. Over the next five years our family would learn to navigate this new world.

I never expected to live among the adversary. Growing up in a military home on various Air Force bases in the eastern part of the US, Russia had been our cold war enemy for my entire childhood.

How was this a part of God’s plan? Needless to say my patriotic father, the career soldier, was not thrilled when we announced our plans to move to Russia. However, my mother’s comment, “You got your orders so you have to go.” was typical of a military wife.

God’s orders, His calling, took us on a life altering journey. And His guidance and strength continue to propel us in our ministry life.

I wish I could say that each day as a missionary is profoundly meaningful, filled with glorious insight, and bathed deeply with inner peace. Most days back in Russia and now here in Belize are fairly ordinary.

For every believer, each breath, each lesson, each and every tear, and each peal of shared laughter hold a touch of the divine.

It’s been many years since that clock at the airport awakened me to a new reality. I’ve realized that each stage of life requires learning a new skill no matter where you live in the world.

You don’t have to see 13 o’clock to catapult you into a new way of thinking. It could be something as simple as a wedding, the birth of a child, teenage drama, an empty nest, a new job, the loss of a parent, each experience- the good, the bad, and the grace-filled, all provoke change and growth.

With each stage of life everything I thought I knew needed to be relearned.

Have you had to face a time of relearning something you thought you knew? I’d love to hear about it!

Facebook Comments
: Devotional, Lessons, Thought for Today, Word for the Week, Word of the Week

Are you feeling the joy?

Created, Chosen, and Called for a Purpose