Alida Sharp is an avid listener, reader, and seeker of Truth. As a missionary in Belize she actively works to bring hope and healing to the hurting through singing, speaking and writing. As a listener she values words and often uses her voice to speak out for those who cannot speak for themselves. Her gift of listening also aids her in the counseling office at the Child Development Foundation with victims of abuse and exploitation where she volunteers along with her husband, Tom. Hearing the voice of God plays a major role in Alida’s life.

Along the journey of life there are treasures hidden deep within the darkness that at times may overcome us.

Late one night, back in November of 2013, there was very little light in my life. I was grieving over personal losses, feeling hopeless, and couldn’t sleep.

Have you ever felt that way?

God heard my cries of sorrow that night and He reached out to me in the form of a song. I heard it clearly playing over and over and over in my mind until I finally began to sing it. I wondered where it came from and realized the answer…God.

At 50 years old I had written my first song!

I made a recording on my computer so that I would not forget the tune. And then I got a little bolder and sent that rough recording to a music producer here in Belize. My husband, Tom, and I met with him a few days later and during that meeting the producer, Mervin, encouraged and challenged me to write more songs. He told me just write and to not worry about making everything ‘Christian’ because my walk with God would show through the music. I was grateful that my age didn’t seem to matter. He was willing to work with me anyway. I became the oldest new artist at Roots and Honor Records.

When we met again a few months later I sang several of the songs that I’d written. It was nerve-wracking and exhilarating at the same time to sit there, vulnerable, just my voice and my words, baring my soul before the people in the room. However, now that my cd is finished and I’ve been able to tour churches around the country I can say it’s all been worth it! 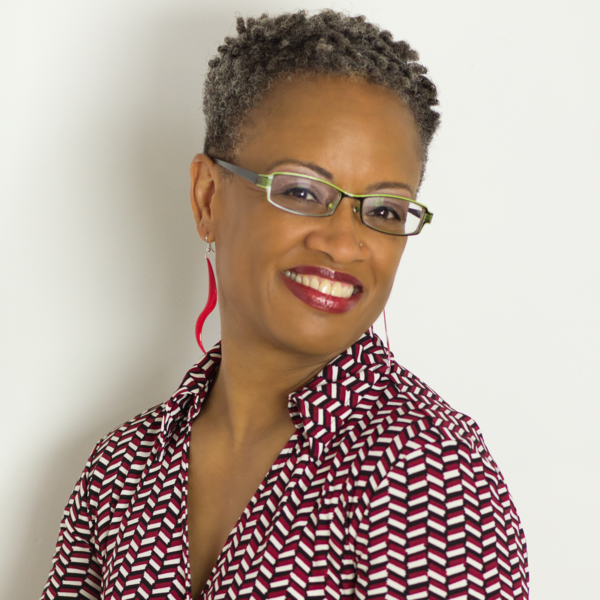 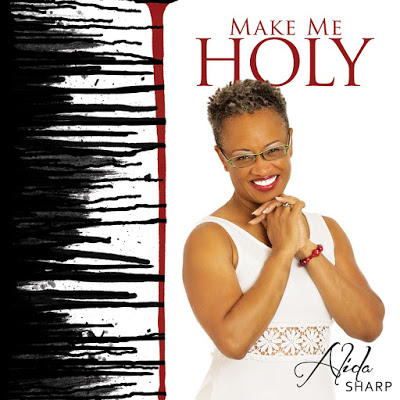 Out of a very rough patch came the realization of a lifelong dream. I started singing in church when I was 10 years old. However, I let life get in the way and let go of my childhood aspirations for 40 years until experiencing the absolute joy of singing at my youngest child’s wedding reception on a rooftop in India. I knew that night that I wanted to do more with music while I still have a voice left to sing with. 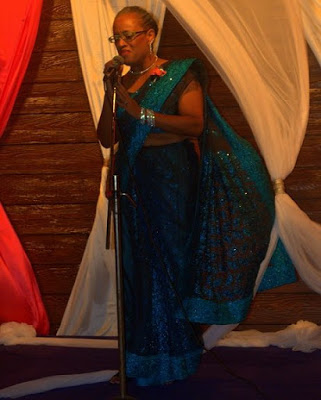 As a missionary living in Belize my husband and I work with children, teens, and women who’ve been abused or exploited in some way. It is a blessing and a privilege to use music to call attention to our work and reach a larger audience with the hope of redeeming, rebuilding, and restoring the broken. 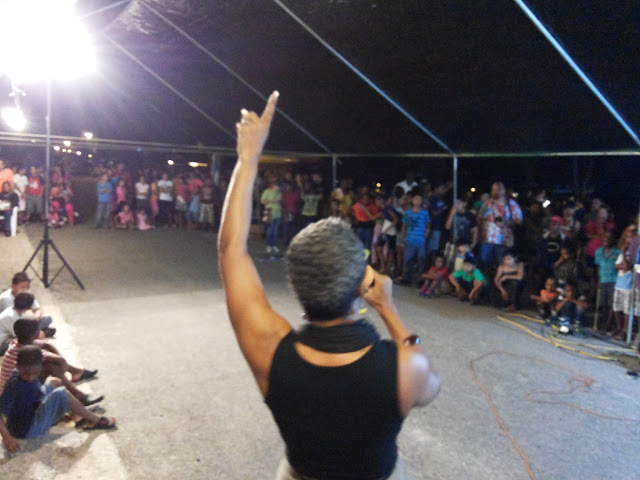 Do you want to know the title of the song I wrote on that dark night of the soul? It’s called ‘He’s Still There’. And let me tell you…He is still here, right beside me, guiding me every step of the way!

One of the most influential women in Alida’s life is her maternal grandmother, Maxine Shorter Summers. She is a strong Christian woman who at the age of 99 is still reading her Bible daily and praying over her family. In April of  2015 Alida became a grandmother herself and it had a profound impact on her life. This milestone moment transformed her thinking from solely being concerned about her present ministry efforts to thinking about creating lasting memories for those who come behind her. Alida wants her granddaughter, Eliana, to know  that all things truly are possible and that you are never too old to set a new goal or dream a new dream. 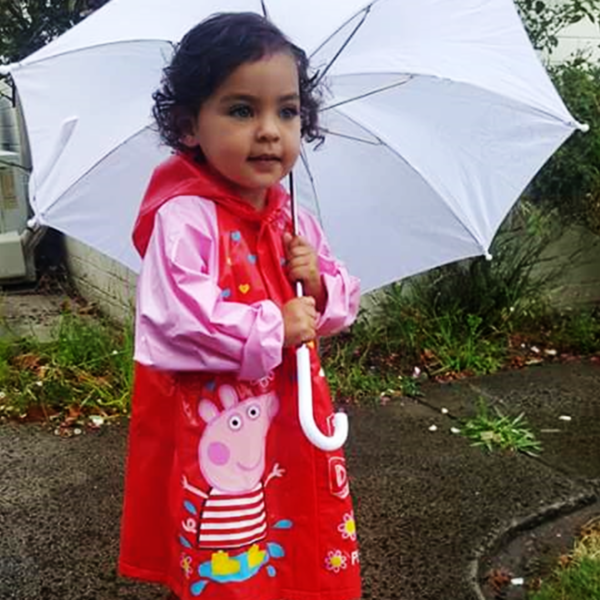 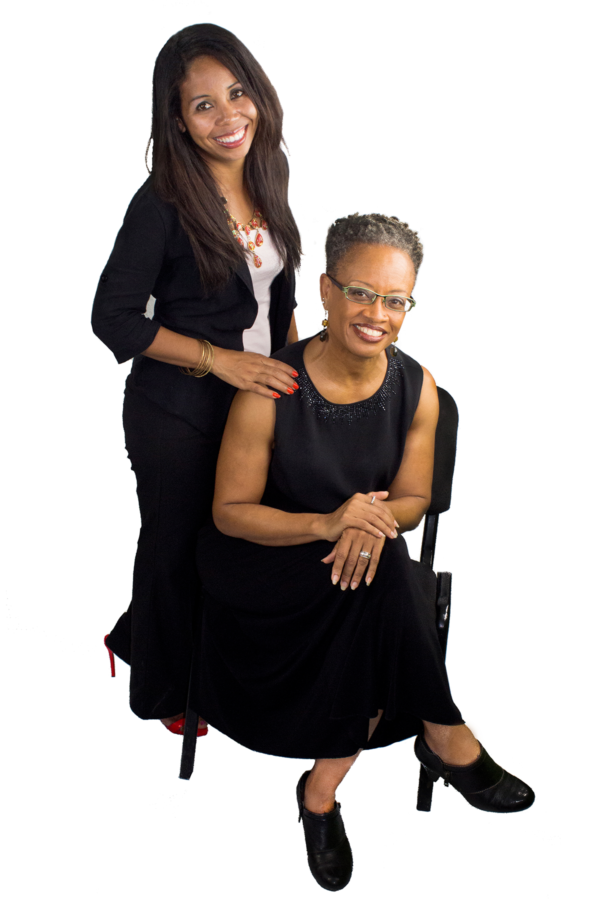 Life Uncommon, a daytime talk show for women, debuted live on PlusTV in Belize on March 8, 2016.  As a cohost on Life Uncommon, Alida and Andrea believed that God gave them a mandate to reach out to the women of Belize to help them step out of the shadows, embrace their gifts,  and go against the grain of the ordinary to become all that God created them to be!

After spending an extended time reading through the book of Psalms, Alida wrote a reggae worship song entitled, Exalt His Name, which featured 25 names for God. She knew that there was more that she needed to do with those names so she began looking back at her journal and took excerpts from her personal writings to create a devotional book to accompany the song. Her book, Exalt His Name!, was published in November of 2017 and is available as an ebook. Click here to order your copy! 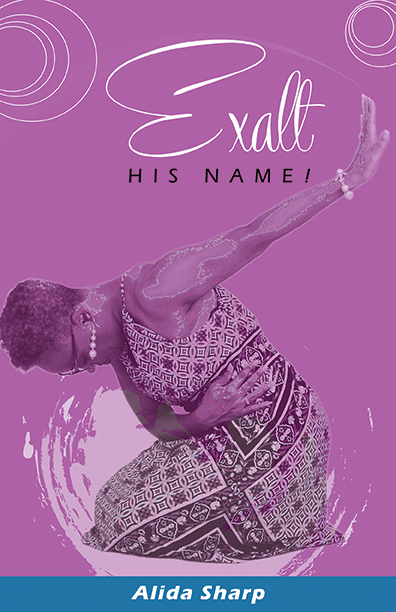 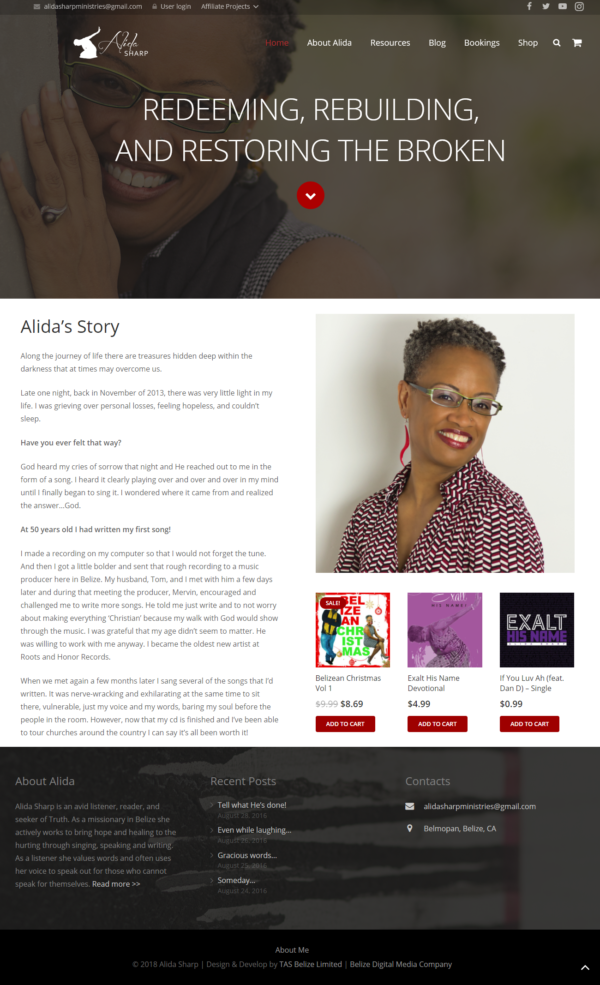 As Alida’s ministry and dreams began to expand she realized that her blog and other resources of hers needed a home of their own. She turned to Mervin Budram of TAS Belize Limited to help make those dreams a reality. Look around the website, sign up for the mailing list, check out the music and other resources, or contact Alida for a booking or with a prayer request. At AlidaSharp.com our goal is to offer hope and healing to those who are hurting through music, writing, and speaking ministry. Blessings to you for stopping by! 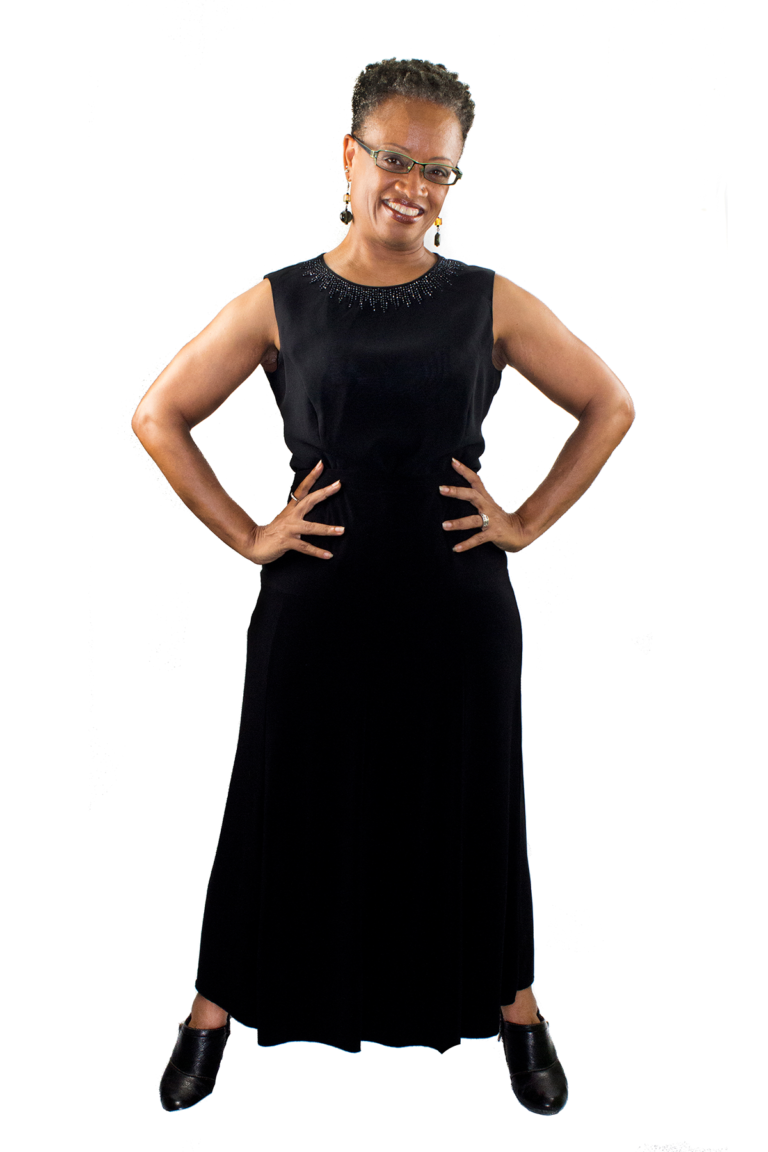